Tests on animals are routinely used in many research areas, including pre-clinical drug development and testing of chemicals and cosmetics. Today, there is a growing interest in developing alternatives to research methods that involves living animals, and also to replace animal derived components used in different kind of products.  We caught up with Professor Stina Oredsson, who is working with cancer cell research without tests on animals.

Professor Stina Oredsson has been working with HoloMonitor M4 for many years, and with cancer cell research without tests on animals almost since she started her research career. Cells are commonly used to evaluate toxicity and efficiency of drugs.  “I hope that in the future advanced cell culturing methods will replace animal experiments”, she says. 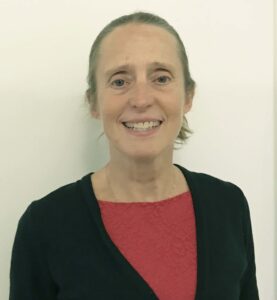 Tell me about your background

I’ve loved biology since I was a child. When I came to Lund, I studied biology without having a specific goal. In the beginning of 1980 I met a cancer researcher and decided after this meeting to focus on cancer research. In the beginning of my research career, I worked with animals. After only a year I decided to stop working with injecting cancer cells into animals; instead I injected them into a cell culture system.

Is research within biology possible without living animals?

I believe that in a near future, we will replace animals when testing chemicals, and maybe pharmaceuticals. The first step is to remove all animal-derived products from cell culturing. Approximately ten years ago, I realized that the medium we use for cell culturing contains serum from fetuses obtained from the uterus of slaughtered cows. The blood is collected by inserting a needle into the heart of the living fetus and the blood is pumped out until the fetus dies (fetal bovine serum, FBS). Understandably, this raises a few ethical questions. In the end, the goal is to grow cells in a medium that is totally defined. In the meantime, we are instead using serum from blood donor herds. It is still from animals but from animals used for veterinary medicine purposes.

“You know what you got, working with cells in culture is clearly defined which makes the results reliable and the reproducibility high.”

What I prefer is a totally synthetic medium, where all components are well known, instead of a serum from animals affected by stress, diseases and food for instance. Working with synthetic medium eliminates factors like these. You know what you got, working with cells in culture is clearly defined which makes the results reliable and the reproducibility high.

What do you think about the future within cell research?

I believe that the future for animal free tests and research is bright. The cosmetics industry in Europe is not allowed to use tests in animals. The Netherlands will in 2025 implement a law that will not allow animal tests for chemicals. There are strong incentives to replace tests in animals, hopefully this will lead to more efficient and better research.

Toxicology is an exciting field where cells can be used for research. HoloMonitor is a helpful tool in this area. It is affordable, easy to use, small and can be kept in a regular CO2 incubator or hypoxia chamber. Importantly, HoloMonitor can be used to study individual cells and how they react to toxic interventions. I firmly believe that this is important to increase our understanding of toxic insults in various areas of our society including medical research and toxicology.