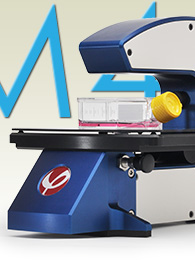 PHI has entered into a collaboration agreement with University of California, San Francisco (UCSF) to accelerate ongoing skin cancer research at UCSF. Under the 11 month agreement, PHI will provide a HoloMonitor® M4.5 with a motorized stage to supplement the instrument which UCSF purchased previously for preclinical research in the field.

“A key strategic goal for the US market is to establish HoloMonitor technology through Centers of Excellence in the Boston, San Diego and San Francisco areas. With its five Nobel laureates, UCSF is widely regarded as one of the world’s leading universities in health sciences. The collaboration with UCSF is an exciting step towards establishing a Center of Excellence in the San Francisco area”, says CEO Peter Egelberg.

The purpose of PHI’s Centers of Excellence program is to create industry visibility in life science hotspots such as London, Basel, Heidelberg, San Diego, San Francisco, Boston and Tokyo. A Center of Excellence is an application development hub and educational resource providing training programs for scientists using PHI’s HoloMonitor technology. A first Center of Excellence has been established at Northeastern University in Boston.