In yet another publication scientists report on how HoloMonitor was used to study cell motility and cell migration for deeper understanding of cell biological processes.

In Adipocytes Migration is Altered Through Differentiation, published in Microscopy and Microanalysis 2019, differences between the cell motility of nondifferentiated preadipocytes and differentiated mature adipocytes are evaluated for the first time. The work was performed by M. Lustig with colleagues who used HoloMonitor M4 for live-cell imaging and analysis. One rationale for using HoloMonitos was that:

“The technology does not require labelling or staining and allows acquisition of data directly from the culture, which is placed inside an incubator, thus capturing the cell growth process in its natural environment.”

Adipogenesis is a process where preadipocytes differentiate from elongated structures to rounded adipocytes, also known as lipocytes or fat cells. Adipocytes are the cells that primarily compose adipose tissue, specialized in storing energy as fat. During adipogenesis, the cytoskeleton undergoes changes, which in turn affects single-cell motility.

Here, HoloMonitor was used with the Hstudio software to get results on a single-cell level by tracking live cells without staining. Morphological difference between the preadipocytes and the mature adipocyte were shown, and cell motility speed and distance were analyzed. The results show that preadipocytes move faster and further than adipocytes, indicating that cell cytoskeleton is altered during cell differentiation.

“Research at single-cell level will have an important contribution to expanding our knowledge of the mechanisms by which cell´s motility is affected as the cells undergo differentiation”.

The cell tracking functionality, used in this study, is the most advanced and powerful feature of HoloMonitor and allows monitoring and analysis of cell motility, cell migration and morphology of selected cells. Details and changes over time are provided for each cell included in the analysis, and in mean values for the selected population. 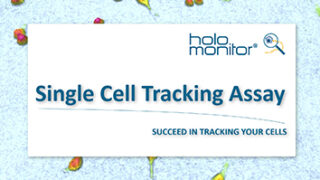 Succeed in tracking your cells
We at PHI are always happy to hear from you, our customers, and receive feedback and suggestions on improving your HoloMonitor® experience. Therefore, we are excited to say that we have focused on realizing many of your suggestions with the latest software update, resulting in a new and advanced Single Cell Tracking analysis. 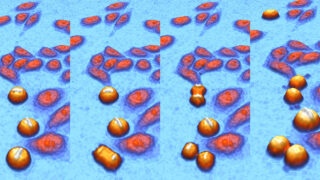 Can We Trust Our Cell-based Experiments?
Our 3-part webinar series explored in the fields of cancer research, stem cell research and for in vitro drug development, how relevant conditions lead to relevant answers in cell culture. 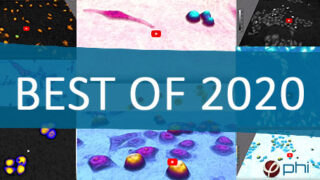 Live Cell Imaging Videos – The Best of 2020
What was your live cell video highlight this year? Vote now for your number one and let us know!
View all blogs